Let me kick off a few questions at the start. Do you have children? Did you take them nude venues like beaches and resorts when they were young? And if you did, do you think they suffered from it?

I somehow doubt they did. At our local nude beach I have seen kids play, swim and have fun, and no one had any issue with it. Hooray for free minds and people who feel good about being naked. I am sure you all agree.

This topic has been on my mind a while, especially since the number of protests from textile ignorants who claim that children should not be present at a naked swim organised by British Naturism.

Something that crawls up on me is the persistent refusal of these people to at least come and have a look. (Which would go against their textile habits, of course.) But how do they know that children will be harmed at such venues? We all know that kids are as safe as peas in a pod, but they don’t. They base their opinion on what happens in their world. The clothed, covered world, where nudity is a taboo.

Such people condemn us like they would condemn child molesters without knowing any better.

I for one am very glad that the owner of the water park, Mr Chaudry, spoke out against these people’s allegations, stating that the popular Stoke-on-Trent tourist attraction has been ‘unjustly accused of encouraging paedophiles’.

Good on Mr Chaudry. There should be more open minds like him around.

My parents weren’t naturists so their children weren’t brought up with the naturist idea. Still they were open-minded enough to let us choose our own paths and ways. I’m glad I walked down Nudist Lane, so to speak. Granted, I wasn’t a child any more, but I was still “young enough” in starting to fully enjoy it, knowing I would do so for a long time. Now I’m 59 and it seems as if I enjoy being clothes-free more and more each year. I have no explanation for it and I darn well don’t need one.

If everyone’s kid would just be so lucky – and have an earlier start!

Children should be immersed in the lifestyle and later given the choice to continue or leave. It’s a part of growing up and making educated choices. Unlike those who remain in the textile realm and condemn us, the ones who know how good it is (mentally and physically) to shed our clothes and enjoy life the way we were born.

To everyone, including children, I proclaim:

It’s not a big surprise, is it?

It’s probably not a surprise to most of you reading this: being nude brings happiness. This of course counts if you can be nude in the right circumstances.

As the above image shows, simple things in life can make a person happy, and there is no need for anything like clothing involved. Even the basic action of removing those layers of fabric, leather, plastic or whatever people put on is a reason to be cheerful. Which reminds me of an album by Ian Dury, by the way…

…and no, you don’t have to watch the video or listen to the song if you don’t feel like it. 😉

Why does being naked make people happy?

For this, I think, we need to look at the beginning. The beginning of life. Look at children and how they like to be naked. How many children hate being or getting dressed when they’re not yet ‘used’ to that?

The adult ‘problem’ with this is that same being used to clothes. It’s ingrained into our mind and system, and only the lucky few naturists and nudists haven’t lost that connection to nature. We probably all know how hard it is to change someone’s mind regarding nudity when that person hasn’t been in contact with her or his or its skin in a long time.

Now I don’t know all of you who read my blog (for which I sincerely thank you) but I think it’s the connection to that early joy of nakedness that makes it easy for naturists (and nudists, yes, I know) to find their way back to that feeling if ever they have lost it for a while. If you were brought up in a naturist family and never had to lose the connection, even better. Not everyone is so lucky.

What are your lucky circumstances? Do you hang out naked in your home to feel that happiness? Do you participate in World Naked Bike Rides for the feeling or for an extra boost? Are you lucky enough to have a garden where you can be naked and happy?

I’d like to hear from you. Your words can make a difference to everyone who visits this page, and this way, together, we can make the world a better, happier place. And we all know the world needs that.

Always a worthwhile discussion, it seems. True naturists and nudists know that the naked lifestyle goes well with kids. Kids love being naked, and they continue to love it until the “grown-ups” tell them it’s a bad thing and they should stop it. Putting on the dreaded clothing parts is the normal way to go. Yes, it’s normal (since that is the norm, carried by most people).

We know that the norm isn’t always the smartest thing to follow.

I am NOT an expert on children, but… 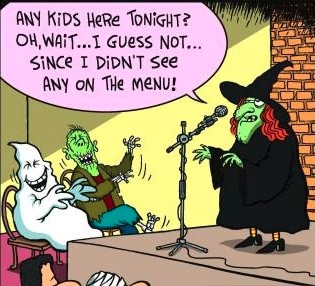 Trust me. I am not. I do remember what it’s like to be a child (because a) I think I have a good memory and b) I refuse to grow up).

Also I have second hand experience with the daughters of my sister. They liked to run around naked as long as they could.

However, even when I’m not a child expert, I know that children and naturism mix well. When I visit our local nude beach I see kids running around and having a blast. They play, swim and just have a great time without feeling any pressure to cover up or ‘be decent’.

Have you ever witnessed a naked swimming child? They are free as a bird (as far as birds swim, that is) and they seem to know this is the right way to be. And look at yourself. Have you ever skinny-dipped? Swam naked? How did that feel, the first time after some time in the ridiculous bathing suit? Would you go back to swimming wearing a piece of cloth if you had the opportunity to skip it?

We are born naked for a reason

And that reason is nature. Nature doesn’t make clothes, it makes living beings. We invented clothes to stay warm when things get cold. Children understand that just as well as we do and they will act accordingly when they feel like it, not because they know that clothes are the best thing since McDonalds. Oh, wait, maybe they do think that – but I digress.

I for one am glad that ‘our’ children (you know what I mean here, otherwise ask me about it in a comment) have the luck to grow up free and as naked as possible. It shapes them, in their way they perceive not only their own body but also how they see others. They know that nearly no one has a perfect body. They know that naked people aren’t out to rape them.

And I know they will grow up like people with a much healthier mind and view on life than most textile-based lifeforms have.

I know, this raises expectations. Be the judge yourself.

A while ago I posted about my neighbour who found out I’m a nudist and that I like to go around naked in my own house. He does not want his daughter and her kids to see me naked. Last week I was changing the bedding. I was naked. It had been very hot (93F) the day before, and the night hadn’t been cool either so I had opened the window and the curtains to air the place. Then I heard kids. I turned and saw two children I had seen before. At the local nude beach. They’re brother and sister, 8 and 10 I think.

I know them and their parents. The kids recognised me and said they were visiting their grandparents next door with their mother, and they were playing outside on the gallery. Their grandma had told them about my cats (they sit looking out the bedroom window quite often) and the kids asked if they could play with them.

I said that was fine if their mother had no problems with that. They went to ask and mom was fine with it. I was already grinning, because clearly this lady’s parents didn’t know she was a regular at our local nude beach.

The kids came in and asked (!) if they could take off their clothes as well, “because we do that at home too”. Of course, go ahead, but I told them to be careful with the cats; their claws are sharp. The kids had a good time with the cats, I finished the bed and then their mother called at the door. She came in and we had a nice talk. She seems a bit stressed about her parents and them being opposed to anything showing skin more than a finger or a nose. They had told her (actually warned her) about me. She thanked me for allowing the kids be the way they liked to be and then they left.

This encounter still has me laughing. I’ll probably run into the family again at the nude beach and I am not sure if I can keep back my laughter when I see my neighbours again.

Always a ‘hot’ subject, because the world loves making a fuss about children and how we can raise them in a safe way.

Children don’t mind being nude. Have you ever seen how many very young children are entirely naked on a beach? And is that a problem for them? Not at all. The ‘problem’ occurs when the parents create it.

Hooray for naturism where children don’t have to deal with that problem all of the time.