What? What is a beauty-dogma?

In this post I want to lay out a few thoughts I suddenly had about the reason that so many people stick their clothes, even when deep inside they know better.

For instance: imagine it’s a hot summer’s day. The the only logical thing to do is take off your clothes. And folks still need to wear something, no matter how flimsy. There is this need, this weird mental obligation to cover up.

I suddenly realised it’s not only because people are afraid of being naked. It’s also because of their inbred body-shame issues. Even people who don’t look bad according to these disgusting, modern beauty-standards, suffer from this same thing. I am convinced of that. TV and ads convince everyone they never look good enough. That is the beauty-dogma for me.

And so they cover up.

The people you see at a nude beach…

Did you ever hear or read this one?

…not everyone at a nude beach is ‘beautiful’. (Again, according to the impossible beauty-standards of today.)

I think it’s partly because of that beauty-dogma that many people refuse to be sensible about clothes and heat. And it goes even so far that they will do what they can to embellish their outside with clothes, because vanity rules in many ways. Combine something powerful like that with body-shame and other influences like religion and peer pressure, and I think the picture is coming together quite nicely…

The truth lies just beneath the skin…

Yes. It happens. All around us. The thought that naturists stand for, that every body is a good body, isn’t supported nor carried by everyone.

As I was listening to the November 2009 episode of the Naturist Living Show podcast, a show I can really recommend, I heard so many things that struck me and rang my bells that I had to write this post about it.

So, what’s the buzz?

In the podcast I heard (among other things) a story about a young woman who apparently looked good and healthy, who was incredibly influenced by the media and their unrealistic goals of “beauty”. She had decided to contact a plastic surgeon who would make all kinds of fake alterations to her body to make her “beautiful”.

There would be breast implants, a “tummy tuck” and a few other “improvements”, which she wanted to get done as a “surprise” for her husband who was away. (Image is not of said young woman.)

Now really… who would want to improve a body when there’s nothing wrong with it? And that only because 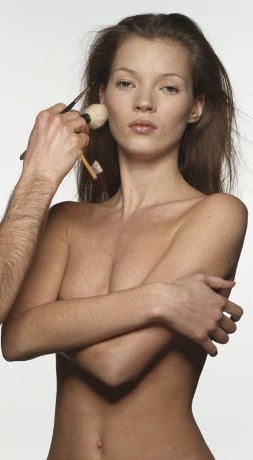 the outside world is proclaiming that you are not good enough unless you look like Kate Moss, to name one of the super models that clearly are the basis of existence for many woman.

It’s a shame and it angers me tremendously that wonderful people with what, a flaw, a wrinkle, a tummy, stretch marks… that such good, healthy, beautiful people feel compelled to obey the words of a bunch of lunatics who are only after their money. Because that, of course, is the name of the game. Beauty products that cost hands full of money. Plastic surgery isn’t the cheapest kind either. And for what? To be turned into unreal, plastic versions of themselves? 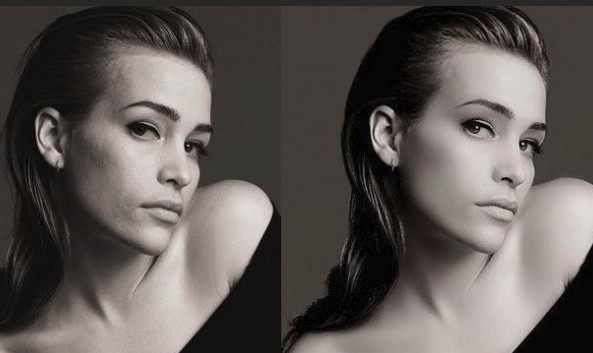 People who have no wrinkle, who are “industrial beauties” and whose cheeks probably will crack when they try to laugh (if their plastified cheeks actually allow them to laugh)?

Stop the plastification of people!

Real people are much better in my opinion. The true value shouldn’t be put on someone’s outside. That’s not going to last, no matter how much cash you throw at plastic surgeons, pill mongers and diet advisers. In my view it’s much healthier to cultivate your inner beauty. 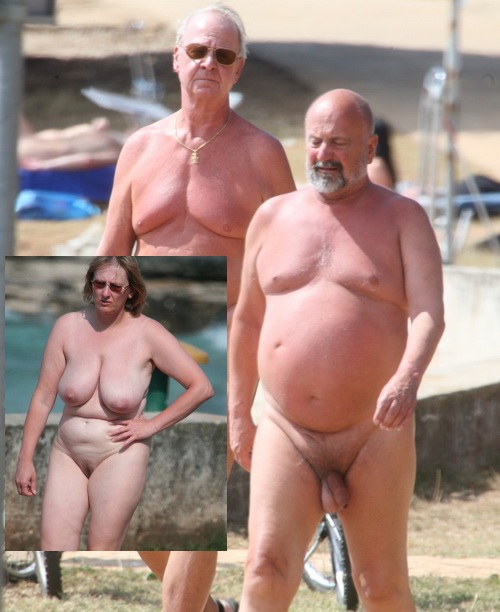 It’s something that will cost you less and bring you much more. Be beautiful the naturist’s way. Trust me, there are more people like us, with our flaws and flabs, than there are industrial grade beauties. We’ll outnumber you always. And we’re far happier. 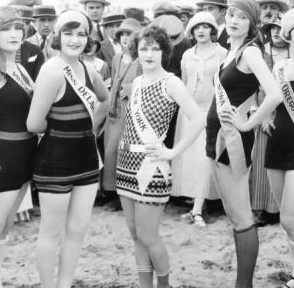 And why not? It’s not me who’s reading this, it’s you. And I agree if you’re moaning. Not every body is beautiful. Not in the light of modernday standards anyway. On a side note I am not sure which standards that would be because like everything in life, standards have a tendency to jump around and do different things every few days, weeks, month or years. Look at fashion (hey, a nudist who talks fashion!). What was great last year is entirely impossible this year. 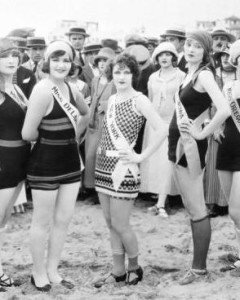 Can you guess when the girls on the left were beautiful? Do you think these women are beautiful? This is 1920s beauty. It’s quite different from these days, isn’t it? 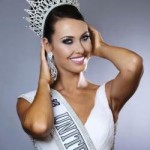 Compared to a 2015 beauty queen the 1920s girls won’t stand a chance with most modern people.

The odd thing is that there’s nothing wrong with either period. We’re real people with real bodies (although that might be reason for discussion in these days). With the visual overload and indoctrination of the media that we all have to be young and happy and smiling and all that crap, it’s no wonder that many people go berserk trying to live up to ‘the standards’.

Plastic is fantastic when your butt sags, or when your boobs are the wrong shape.  (How can something natural be the wrong shape, can someone explain this to me? We’re people. We get old. Some don’t (often thanks to the attempts to keep up with being young and pretty).

Naturists / nudists have a much more healthy concept of beauty. They don’t give a damn about how someone looks. If there’s a nice person inside, that’s what counts. That is what makes someone beautiful.

Found via the Dutch site famme.nl:

A video that will change the way you feel about yourself. And this is specifically geared towards the ladies, although I am convinced that gentlemen can benefit from watching this as well.

Australian Taryn Brumfitt is a chick on a mission! The mother of three children wants to change your (negative) view of your body through her documentary ‘Embrace’. It all started when she put her all but traditional before-and-after-photo on the Internet. That went over the world at high speed and brought her a wave of positive and negative criticism. This motivated her to make a documentary.

“People didn’t understand it. How can a woman still like to see her body (after)? When my courage was cheered upon by many, others blamed me that I was promoting being overweight and being a bad role model for kids. The only thing I could think of was to understand that the world is brainwashed,” says Taryn on her Kickstarter page.