What? Bras? What’s this about?

Yes. Bras. You know about them, right? Breast bags.

Long time ago, in a podcast of the Naturist Living Show, I heard about a study by a French man on the goods and bads of bras. Not so long ago I heard another podcast, this time from Stuff you should know, called “How bras work“.

They referenced the same study, which means there isn’t much study done on bras. As I listened, I wondered about something:

Do naturist woman miss their bra when they’re “doing naturism”?

In our ‘modern’ Western culture it’s normal for people to wear clothes. For women it’s also ‘normal’ to wear a bra. The effectiveness and need of such an item of clothing has never been fully explained, as far as I know, but I’m not the bra-wearing gender. Correct me if I’m wrong.

Now to the reason why I ask this question: ladies of naturism are, as the picture up there shows, bra-less. I really wonder if they feel any discomfort regarding their breasts while being in that totally naked state. After all, they ‘cage’ the bosom in a bra all the time (generally speaking; I know there are women who don’t). This wearing of said item creates a habit and I’m curious if that affects the feeling of being naked.

Is it like wearing underpants and not wearing them is a relief? Or is the moment of putting on the bra one of relief? Perhaps/probably this is a very personal thing, which is an answer too.

So that’s the wonder of the week and I’m unleashing it onto you, my (former) unsuspecting readers.

Let the reactions begin. If there are any…

Yes. Dick pics. You saw that. A few days ago I heard a podcast in which, among other things, was a mention of dick pics. Before you jump to conclusions: this is not an invitation to send them in. Quite the contrary.

In the podcast they talked about the fact that women who dare to show themselves online in a naturist forum or on social media, either dressed or undressed, are amazingly quickly ‘treated’ to images sent by a certain kind of gentlemen. Images, as you have already guessed, of their penis.

Hearing this, I wondered what goes on in the mind of people who do that. They’re clearly not naturists because naturists know better than to surprise people with pictures of certain parts of their anatomy.

A picture of a man’s penis isn’t something most women aren’t waiting for. Following that train of thought, I suddenly wondered how the average, non dick pic sending man would interpret such a surprise. Would you, sir normal nudist or naturist, appreciate a series of images of erect penises as a welcome to a naturist platform? I would absolutely not appreciate that.

Confidence or the lack of it 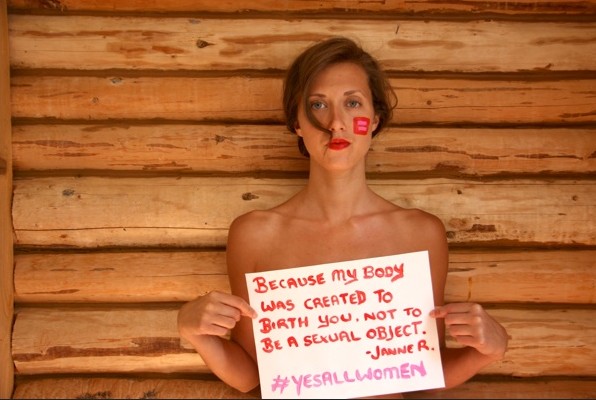 Many people wonder why there is such an apparent absence of women in the naturist scene. I think dick pics are part of it, but by far not all of it. They are one expression of the sexualisation of women that’s been going on since far too long. For women it’s difficult to show themselves in this world. Look at how girls in school are being told off if they wear something ‘too revealing’. The daughter of someone I know was sent home because the shoulder straps of her top were too thin; they would ‘sexually arouse’ the boys in her class. How stupid is that? Is it any wonder that children of now are being trained to think that any part of a female body that shows skin has to do with sex? How do women feel when they’re pushed in such a situation?

What’s the reason behind dick pics?

If someone gets ‘treated’ to a dick pic, please send them a link to this blog post so they may learn something. I doubt the message will arrive where it’s supposed to go but never give up hope. Not all of them think with the little head.

The Naked Woman Within Screaming To Get Out

As a female nudist I wonder why it is in a world where we have fought throughout the years for equality that there are not more female nudists? Some women have fought for our rights to bare our breasts in public just as our male counterparts do and won the fight, however we don’t go out in public bare breasted. WHY?

So after a great deal of communication with women I thought it best to put these issues in writing. Now please do not shoot the messenger. My only objective here is to create a more comfortable and understanding message to let the ladies know that it is ok to be nude.