What do these two have in common? This may seem a strange question but there is something to it.

Have you ever tried to explain naturism to a person? I have. You may have as well. And did it work as in did you make someone go along, become a naturist or at least try it? Not exactly for me. If you managed it, do share your magic in a comment, we’re all curious.

I think naturism and oranges share the same trait: they have to be experienced to be understood. Try explaining the taste of an orange to someone who has never seen or heard of one.

Imagine someone coming up to you and talking about a purple thing you can eat. It is triangular, you need special tools to open it but it tastes great. It can taste a bit salty, or sour, or bitter-sweet, “but you’ll love it”. Would you know what this person is talking about? Do you think you would like it? (I admit I wouldn’t since I made the whole thing up right here.)

That goes for oranges as well, even when they aren’t purple. And for naturism, which isn’t orange unless body-paint has been applied.

We all know naturism is a great thing. A great “fruit”. The trick is to make others eat it. It’s always worth trying to convince someone but, as with oranges (or aforementioned purple fruit) it may not suit everybody’s taste.

The power here is to accept that.

That doesn’t mean I would give up on someone. Give the talk as well as you can and leave it at that for a while. If they are genuinely against it, they won’t mention it again. It’s your guess and estimate to figure out if you want to bring it up again.

Maybe you triggered their curiosity but they need time to get to the point where they want to know more. Or they read about it and they want to experiment/experience it on their own for a while. tip here: if you talk about naturism and you encourage someone to read about it, make sure you have valid references on the web, don’t let people look for naturism on their own. We all know where that leads!

Maybe… who knows… they will find a way to naturism as if they would find a way to the store where triangular purple fruit is sold. With the tools to open it. And then they might surprise you: 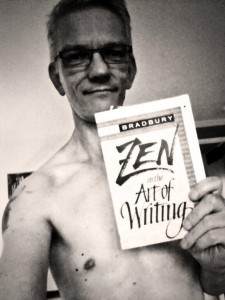 I love writing as much as I love reading. I also love being naked. Sometimes I even read about writing. Naked.

At the moment I’m working on 2 naturist stories – not at the same time of course, but alternating between them. It’s magical for me to do that, to crawl inside all these different characters, to find out what makes them tick. To ‘feel’ how all the naturists in those stories feel about their naturism. To ‘feel’ the non-nudists in those stories and experience their surprise, their shock and horror even. It’s an incredible feeling to switch back and forth between so many interpretations of how life should be lived. I vote for the nude life of course, as do many visitors of this site.

I’ll take my time and it will happen. Not fast, because usually good and fast are not good together. My gratitude to everyone who told me they like Mirror Earth. Or love it, as even that happened. I’ll keep writing because I love making people happy.

Be safe and well, and be naked wherever you can! 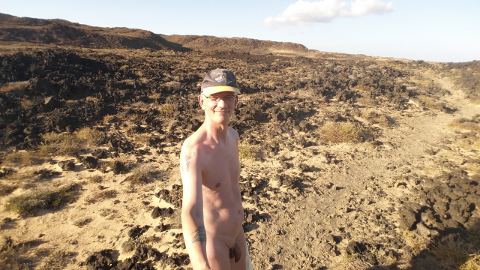 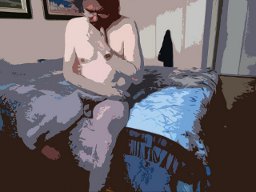 “Hey, let’s take our clothes off”, he said.
“What for?” I asked.
“’Cause it’s more fun” he replied.
At six years old there was no thought of ulterior motives; it was just two close friends in the playroom, while their mothers held a tea party in the garden. We still carried on with whatever games we were playing, only now we were naked. Jeff was right, it was more fun. And a lot more comfortable.
I have always had very sensitive skin, as well as an allergy to anything wool. Getting dressed in the morning was a bit traumatic for me, because most clothing in the day was made of natural materials. Synthetics came out a few years later, but at the time wool seemed to be the fabric of choice. All my socks were woolen, the school had a dress code that included grey flannels (I still itch just thinking about them) and a starched white shirt (ouch!). And they all wondered why I had concentration issues. Of course at “sleepy” time, I got to slip into my flannel pajamas…what a treat! My mother never knew that once tucked in and “nighty-nights” were exchanged, I would slip out of those PJs and hide them under the bed.
Blue jeans had to be washed three or four times before they started to become bearable. New, they were like slipping into plywood. So Jeff had shown me another way to live; comfortably. I became the one to suggest to friends that we take our clothes off “because it was more fun”, and most were willing to try.
Once puberty arrived the whole dynamic changed, of course, but I still had a group of friends who made the distinction between innocent nudity and “show and tell”. We would all go on camping trips where naked activity was integral, and skinny dipping was anticipated and frequent. (As were the requisite farting contests, but that’s for another blog ) 😉
Eventually we all separated and went our own ways as adulthood and responsibility arrived, and by then synthetics were very popular and a lot more comfortable. (I still have shivers thinking of the eczema on the soles of my feet). But I have very fond memories of the freedom I was able to experience, thanks to Jeff’s suggestion that it was more fun.
I suppose the purpose of this missive is to try to clarify the “ist” and “ism” attached to my being. I don’t really qualify as “naturist”; I happily eat meat and tofu makes me barf. I don’t know if “nudist” really fits either, as I don’t see my nakedness as a lifestyle choice so much as a simple comfort issue. I suppose I would call myself a “gymnophile”; someone who likes to be naked. And, of course, in the company of others it’s always “more fun”.