Maybe you caught it too, the hoolabaloo around Sherwood Forest in Nottingham, UK. Maybe you aren’t interested in the antics of Robin Hood. This is not about Robin hood.

This is what it’s about:

It was in the Nottingham Post last Friday. A bunch of non-nudists had complained about seeing nude people in the forest.

All the upheaval boiled down to nothing, which is good, although the textile community is still up in arms about it, probably.

In England, nudity is legal as long as the nude person(s) are not making a nuisance of themselves. See the official UK Crown Prosecution Service site.

The funny thing about this, when you look closely enough, is that the good and dressed people of Nottingham are screaming that this is illegal.

If they knew the law, or at least make the effort of looking it up, they would see that they’re wrong.

(But who would want to look for their own wrong, right?)

Donna Price, British Naturism’s coordinator for Women in Naturism, had a video talk with a talkRadio host about the stir this all caused. At the moment of writing, there is a link to the talk here. Click at own risk, it might have been removed.

As so often, the biggest issue was that ‘people don’t want to see this’.

I think they should learn that the world isn’t just about what they want, but that there are other people with other views and ideas. If they don’t want to see this, they should look elsewhere. I have never been to Sherwood Forest, but if Robin Hood could stay hidden from the soldiers so long, it must be big enough for every kind of person.

Nudists were not and are not ‘ruining’ the forest, as the banner on the image states. That’s just in people’s one-track minds.

Unfortunately. Because there are so many of them.

That is the title of an article from a British newspaper that I found in my news feed a few days ago. The original is here. The article talks about a sign that was clearly put up by nudists:

According to the article, the sign said, “You may encounter naturists enjoying this area naked today. Simple public nudity is not illegal in England and Wales.”

Next, there is this: A spokesperson from Forestry England said: “This is an unauthorised sign. We have not permitted or been made aware of any events taking place. The sign was removed last week by our rangers.”

Obviously neither this spokesperson nor the rangers who have removed the sign are not aware of British nudity laws. There is no need for an ‘event’ to take place when people simply want to put in some recreational nude time.

There are comprehensive rules and guidelines for the British police etc. Clearly the rangers were not aware of this either.

It’s scary to witness that, in this age of information and communication, this kind of information is barely communicated. Of course it could also be that there is too much regulation and communication. People can get overloaded with that. In my job however, it is common practice to first check if there are rules and agreements on things, before acting. (I wonder what happened with the sign too. Did it get returned to the owner or the person who put it up as a courtesy for other visitors?)

This is yet another sign (pun intended) where people are reacting on the trigger word ‘nude’.

It is sad to see that there is no progress being made in this area, in a time where the world is warming up and clothes are more and more unnecessary. 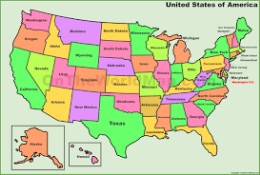 The first section is already interesting, and… alarming:

Naturism is used to describe the activities of persons who espouse nudity as part of their lifestyle. Whilst many naturists will restrict their activities to specially designated areas and/or places where there is a tradition of naked activity, such as nudist beaches, others may wish to enjoy nudity more widely.

In the case of naturism a balance needs to be struck between the naturist’s right to freedom of expression and the right of the wider public to be protected from harassment, alarm and distress.

I am not sure how ‘harassment’ made it to this list. When someone like us, a real naturist, is lying in the grass somewhere to enjoy the sun, is that harassing someone? I understand that the clothing-only society can be “alarmed” when seeing someone naked. Plenty of people will feel distress when they look at a nude body. It’s sad but it’s how the world ticks at the moment. But harassment?

Is there some general fear that nudists will run up to clothed people and shake their breasts or genitals in front of their faces?

That’s more the expertise of exhibitionists, I’d say, but I’m not one of those so I speak without experience in that area.

Luckily the website clarifies this a little in the next section:

In the absence of any sexual context and in relation to nudity where the person has no intention to cause alarm or distress it will normally be appropriate to take no action unless members of the public were actually caused harassment, alarm or distress (as opposed to considering the likelihood of this).

Here is the problem of words versus people again of course. When do we speak of harassment? Some people can’t be harassed by anything, others feel harassed already when you say you heard a child’s doll fart. We’re in a tough line of life-style, folks. 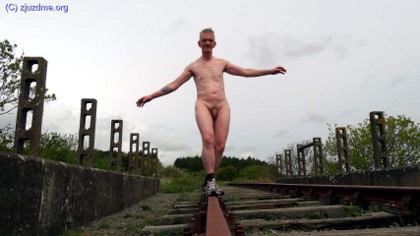 It’s up to us to find and set the balance. Others can’t. Or won’t.