You may wonder why I bring up historical fiction. If you did then you didn’t see this post in which I explain this a bit.

I’ve taken it upon myself to write a historical fiction story with naturist elements. It’s finally moving towards something. At the start of this I had not thought it would be so difficult to write…

Compared to Naked Crow (which isn’t very easy either since I want to keep things credible), the historical naturist fiction piece proves to be one of the tougher writing jobs I ever put onto myself. Whether or not you, the readers, will like the story or not, I’m glad that I picked this up. And why? For the challenge. For the moving beyond boundaries. We all need to grow. When you and I first dropped our clothes and found we enjoyed it, that was a step in our development. Growth. Nudity became our norm.

I’ve been writing since several years, and when I first had the idea of writing naturist fiction (I’d been a naturist since a long time then already) that was pushing against a boundary. After several naturist books, like the four Naked Crow books and certainly Mirror Earth, I feel good about pushing against another boundary. Going back in time, picking an era and write about that. I’m not going to tell you what era it is nor how I put naturism into it, but the fact that it’s working makes me feel good. It tells me that I can do this. Perhaps I don’t yet do it well, but time and readers will be the judge of that.

Since I’m talking about writing (well, writing about writing actually!) I’ll grab the opportunity that Naked Crow 5 is currently looked over by a fellow author. After he’s done with it I can start making corrections and the book will come out quite soon after that. (Did I hear sighs of relief there? 😉 )

Until that happens I wish you many happy, naked moments!
Paul 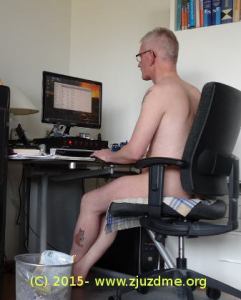 In case you missed it:

for some mysterious reason Twitter removed my @zjuzdme account (they never replied to my inquiry why they did it).

A few weeks ago I was in the dumps because of our friend the flu. Felt horrible, awful, and didn’t get up for 5 days.

Of course I need to add here that I did not get a flu shot. I only got those twice and each time I got violently ill. Blaming the shots for that was a bad idea apparently, because this time I got seriously ill with the vicinity of a shot.

Apparently my brain was in turmoil for a while during those first 5 days of badness. At some point – I don’t exactly recall when but that doesn’t matter – I almost woke up from an avalanche of images that had been churning through my head and that sort of gave me an idea for a new naturist story. I grabbed my notepad (always have one next to the bed) and scribbled down what I could remember of the idea. Then I collapsed into the void of the flu once again. 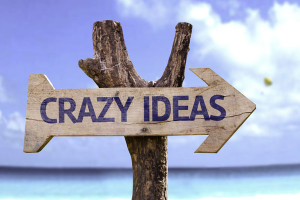 So far the books I wrote and am writing are in the fantasy and science fiction realm. I love those two genres and I think I can do them pretty well.

This new idea is in the Historical Fiction genre. For those who aren’t aware of what that it, historical fiction describes things from history (obviously). Usually it involves well known places or people. Think for instance of books about King Arthur, Jeanne d’Arc, a war, or perhaps even the assassination of John F. Kennedy. The story doesn’t have to deal with that actual event but the event can take place during the course of the story. It’s that easy to write historical fiction, but it also makes it difficult because you have to get the facts right. Anyone can believe a bug-eyed, yellow monster coming from Pluto to devour our clothes, but for instance claiming that Marilyn Monroe always appeared naked on the set of her films… most people know that’s not true.

The story in my head

The story I came up with in my flu-ridden dream doesn’t deal with any of those subjects. So far it doesn’t feel like a difficult or complicated story, more something light and easy; something short.

I am definitely going to develop that idea  and see where it leads me (and you). So far the future of the story is still in veils, as is the naked lady on the right. She’s from the right era of my story, I think, so for a while I’ll keep her as the mascot for the new book.

I’ve never thought that I would ever find a way to write something in the historical fiction genre concerning nudism/naturism. No matter how this story will end up, I’m thrilled that something actually appeared for it.

I hope you’re having a great day. I’ll be writing.