This is the oddest thing I’ve heard in a while. Really. I have temporary neighbours. They are in their late 60s/early 70s and nice people. When they moved in (waiting for their new home to be finished) I warned them that I may wander through my own house not wearing anything. 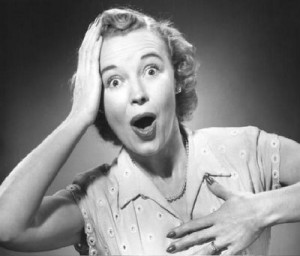 For a while nothing seemed to be a problem, until either he or she actually saw me. The next occasion they met me outside he told me, “I don’t want my daughter to see you naked”. Uhm, what? He insisted that this wouldn’t be acceptable because his daughter might have her children with her. Note that his daughter is almost forty and since she has children I am convinced that she’s seen what naked men look like. Of course I don’t want to harm the tender children’s psyche by submitting them to the horror of my naked body but somehow I think that it wouldn’t be the big deal he’s making of it.

Add to that the fact that his daughter usually visits during the day when I’m either off to work or working at home in my living room (usually naked but far away from the bedroom window). My neighbour is really worrying about something that’s not worth the energy spent on it. Did this ever happen to you?