We all know twitter. We all love it. Many others love it too. There can be people who pretend to be naturists and follow all the naturists they can round up. Only… these yokels aren’t naturists. Not nudists either. They’re out to collect images of nude people.

Sometimes they are easily detectable because they assume everyone enjoys the same things they do. Their profile image will then relay something like this:

Not the kind of person I like to be followed by.

Other smart ones don’t show themselves. They simply keep themselves out of view. Still it can be very simple to detect them. If they have nearly no tweets to their name, yet follow an incredible amount of accounts, you can bet that this isn’t a serious naturist/nudist/clothes free person: 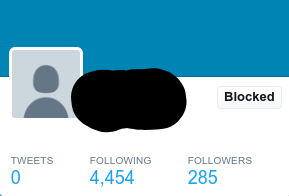 4454 accounts are followed by this non-communicating account. This is not a naturist. I checked.

Not all follow this pattern but I clearly spotted the ‘waves’ of followings in distinct ‘areas’.

To get to that list, open the menu for your profile and go to ‘Settings and privacy’.

In there you’ll find an option called ‘Blocked accounts’.

That’s an important one. That’s where every account you’ve ever blocked is stored. The good thing is that you can export this list into a file.

It’s easy to share such a list: just dump it into e.g. Dropbox, Google Drive or Onedrive, get the public / shareable link (each system has its own way) and tell the world where it is. People can then grab the file and import it into their own list.

Don’t be scared that any sensitive, personal information is shows in the blocked list. It’s simply a file with numbers. When I open it in Libre Office I see this: 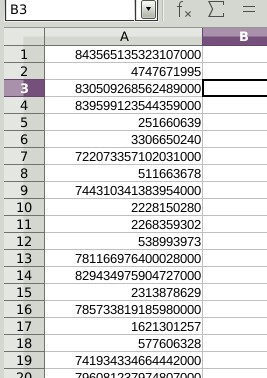 As you see, nothing of my eating habits or preferred colours are in there. 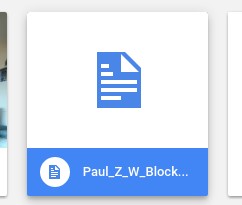 I’ve just uploaded my most recent blocked list to my Google Drive.

I hope you enjoyed this little tour of blocking accounts and spreading them to benefit others.

6 thoughts on “Twitter for naturists. Do you know these nifty things already?”