I guess several of the readers of this blog have some experience with this one. How do you take a decent selfie when you’re out and about?

Many times, at least in my situation, I’m out on a walk alone. Taking a good picture of a nice spot with myself in it often becomes a problem because: a) what fun is it to haul a tripod around all the time, and b) images using a selfie-stick always make it clear you’re using such a device.

So now I look at you, reader of this blog.

How do you make your pictures? Sometimes I see great shots that clearly aren’t done with a selfie-stick. Do you carry tripods around? Do you use other means to set up your camera/phone for a good shot?

Or do you use more advanced methods? For instance I could imagine that the use of a drone could be an option, but that would come down to a very expensive selfie stick, or isn’t that the case anymore?

I’m really curious about this and I am looking forward to your responses!

You’ve probably heard about it, seen plenty of examples of it. The one-finger selfie. Apparently it started though an Anime character that demonstrated how to do it: 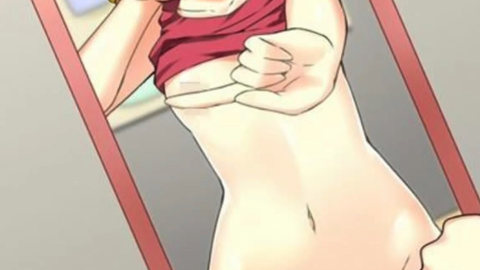 I had an interesting little exchange about those on Twitter a while ago when someone said that these one-finger selfies might invite people over to nudism.

Most of the time, as far as I know, nudists don’t take off their clothes just for a nude picture. Nudism is a life style, not a picture hiding something from someone. People who live the life of nudism and/or naturism aren’t afraid to bare it all, to show it all. The difference is that being naked and showing oneself naked in nudism is normal.

People who strip especially for a one-finger selfie will probably put on their clothes immediately after taking the photo (or a few of them).

There probably is a fine line between nudism and provocative exhibitionism in these selfies. I am not in favour of these selfies. Nudism and naturism are in heavy weather as it is, the world seems to turn to puritanism in many places. Promoting wholesome nudity should be done in a social setting, in an open and honest setting. Not through something as semi-secretive, something titillating as the one-finger selfie. 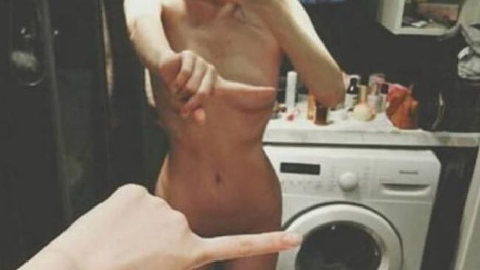 To each their own

Of course it’s up to everyone for themselves if they want to participate in these displays of their body. Some people think it’s fun. Good for them. Some people, like the person I chatted with on Twitter, thinks it might bring people into nudism. Good for them. Let’s hope these selfies open up something good, something more like body-acceptance.

Selfies? What are selfies? Selfies are pictures you take of yourself, usually with a small camera like the one in a smartphone. Many people engage in that “sport”, so you can find examples of them everywhere. Try Google-ing selfies.

There is nothing wrong with taking a picture of yourself. Since everyone does it, nudists/naturists do it too. There is a trick to doing it right though, especially if you do it more often.

Many people forget to make the picture slightly interesting. They just stand there, at best try a smile, and that’s it. Later they might find that there is a reflection in a mirror they entirely overlooked, or something else that destroys the image:

It pays off to make sure, and it costs nothing.

Another thing that’s worth considering is “don’t just stand there”. Try to get the environment in the picture if that’s what you’re there for. If you want to have a shot of you because it’s you, it might benefit the picture to do something, hold something in your hand, or look at something (which preferably is also in the picture).

Now I don’t claim to be an expert, but I like to look at nice pictures. Maybe this little post on DIY pictures encourages you to look at the pictures you take a little differently.

A webpage with some good tips is here. It might be a strange place to go to (it’s one for dating tips) but the tips on taking selfies there are really good.