Yes, I added quotes around ‘nudity’ up there because they belong there.

Nudity is a human concept. Animals have no concept that relates to it.

When it’s warm or hot, I tend to be clothes-free. My cats don’t give a damn. They probably don’t even consider that I’m not in my “furs” or whatever they might think of clothes.

Come to think of it, they probably don’t even have a concept of clothes. Simply because they don’t have them. It’s nothing that exists in their frame of thinking, in their world. The fact that we, people, sometimes ‘change colour’ is something they just accept as a fact, as long as they get their food and attention…

Does that make sense?

To me it does. People can relearn a lot from animals. Relearn? Definitely. I am sure that homo sapiens or whatever came before us (Aha, Neanderthals. I had to know and now you know too)… ehm….

I’m sure that Neanderthals knew that clothing isn’t always necessary, even when we usually see them depicted wearing some form of skin covers. Out of ‘decency’ and ‘normality’ of our current state of mind, probably.

Man (and woman) is the only animal species that made clothing and elevated it to some kind of weird religion, a necessity. Glad I escaped that…

I don’t know if you have animals. Pets. Dogs, cats, horses, goldfish, chickens, to name a few.

They are all naked. You’ve probably seen that. And yes, furry ones are naked too – they don’t wear additional things concealing the way they are. 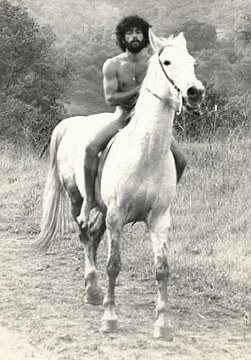 I’ve never had a problem with an animal whilst being nude. They don’t see it. They don’t care.

Animals care about the person inside that skin. Someone who’s good to them, who feeds them and makes sure they’re comfortable and healthy.

Clothes make no difference to animals. If you have different experiences, I would certainly like to hear about them, because I only have my life to draw from. 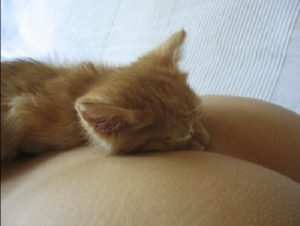 I have two cats. They don’t care whether I’m nude or not. Them being cats and me being human however makes that I do care at times. My cats like to lie in my lap. Cats have claws and they know how to use them, so when I sit on the couch I have a towel beneath me and a double folded one on top of me. I’ve once miscalculated the speed of a cat and the sharpness of its claws, and that is not going to happen again. Trust me. It hurt enough to make the memory last a lifetime.

I’ve been nude around dogs too. Dogs don’t care. Dogs want your attention. They want to play, run after balls and sticks, and get a good rub. Again, the vulnerable part is the human. Even when dogs don’t have cat-like claws, they can leave nasty scratches. It’s all a matter of common sense. Seriously, I have yet to come across a species of animal that is impressed by clothes (apart from those that have been indoctrinated into fearing someone in a specific outfit, like circus animals. They are sad.) 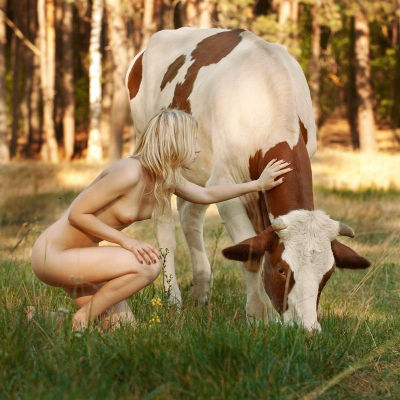