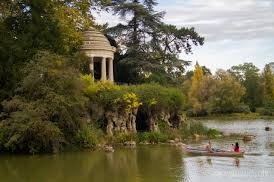 Yes, we’ve all heard of it by now. Paris has a naturist area in one of the parks. At the Bois de Vincennes, to be precise. It happened on August 30th of this year. Now don’t get your French knickers in a knot. This isn’t a permanent place yet.

So far it’s meant to be an experiment which will last until October of this year, as laid out in this article.

Signs of something good. And safety.

Paris, 30 August 2017 (AFP) – a “space for les” opens from Thursday and until 15 October in the bois de Vincennes (15th arrondissement), learned on Wednesday the AFP from sources sources .
“the provision of a space in the bois de Vincennes where the practice of naturisme is allowed to participate in an open vision of the use of parisian public spaces”, explains Penelope Komites, Deputy to the green spaces of the mayor of Paris, Anne Hidalgo.
Space, which is intended to be an experiment, will be open from Thursday at the beginning of the afternoon, and then every day from 08 am to 19 pm until 15 October.
Framed by signs, the space of 7.300 m² will be located near the ornithological reserve of the bois de Vincennes, within the clearing between the royal driveway and the dauphine road.
The nudity and tranquillity of the users of space and des will have to be respected, no attitude or attitude will be tolerated… “a charter will be displayed around space for walkers and joggeurs to be warned”, Assures Julien Claude-Pénégry, responsible for the development of urban spaces within the association of naturistes de Paris (Anp).

Please follow the link for the entire text if you want to read it all. I didn’t put all of it here.

I think it’s a good move on behalf of the French. Nudism flourishes in France; lots of people escape there for their naked fix, so it makes sense. And no, Paris isn’t the first town to have a (temporary for now) relaxed attitude towards nudists and naturists. München, Germany, has several of such places already and those are not temporary.

I’d really appreciate more towns all around the world to make this possible for our lifestyle. Maybe, now Paris has come around a little (I first want to see that this park remains open for naturism permanently), there’s good hope that more places will follow. I’m sure I am not alone in this hope!