Respect? Why address that?

If that’s your reaction to this post then either you’re wonderful or you don’t understand. Either way, read on and see for yourself if this was a waste of time. 😀

Let’s have a look at Wikipedia:

Respect is a positive feeling or action shown towards someone or something considered important, or held in high esteem or regard; it conveys a sense of admiration for good or valuable qualities; and it is also the process of honoring someone by exhibiting care, concern, or consideration for their needs or feelings. 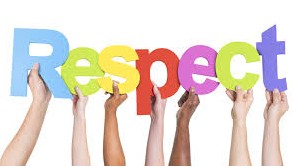 Respect is something easily overlooked, or even misinterpreted as just any kind of attention.

It’s also something of key importance in naturism (and real nudism).

In an interview I heard an older lady talk about respect. She said that, in the ‘outside’ society (meaning the world outside a naturist area), women are trained to wear these clothes, put on that make-up, behave such an so, all to be acceptable. That same ‘outside’ society trains men to be on the lookout for such women. She said also that such a society implicitly trains men to see women as objects.

This is exactly what the industry is after. Creating impossible goals for people. The reason for nervous breakdowns, cosmetic surgery (lunacy, surgery should be saved to rescue people’s lives) and a never-ending stream of frustration. 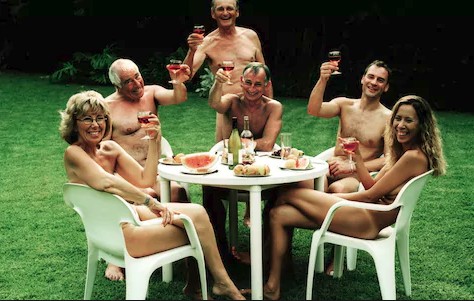 The lady then spoke about her experience at naturist resorts. People there treat you with respect, she said. Men don’t need to undress you with their eyes, because there’s nothing to undress. They look at your face, talk with you because they want to talk with you. And that implies respect.

Most amazing fact about this lady was that, as a child, she’d been sexually abused between the ages of 10 and 20. She said that in the ‘outside’ world she often overdressed as to appear sexless, and still she felt insecure. In a naturist environment she felt safe, respected, accepted, and she felt no fear at all.

Isn’t that amazing? Isn’t that beautiful? How much baring yourself can bring?

Do you have experiences of respect that are related to naturism where you would have expected them to occur in the ‘outside’ world as well? I’d love to hear about them…

Be happy. Be safe. Be nude. And… be respected!