Malta. Many people know where it is and what it is. Many don’t. Malta is a small country in the south of Europe:

The country covers just over 316 km2 (122 sq mi), making it one of the world’s smallest and most densely populated countries. (Source: wikipedia)

When it’s so small, why mention it on zjuzdme.org, a blog about naturism?
Because naturism isn’t allowed in Malta. Unbelievable but true, in one of the warmest areas of Europe there is a small island that is set on keeping their people dressed and… warm. Topless sunbathing is also a no-no in Malta.

There are a few beaches in Malta where people go to enjoy nudist and naturist activities, but these are few, and when you get caught wearing nothing you’re certain of a fine and perhaps even have to face the authorities. This is all very bleak when you consider that the Maltese government has declared a number of beaches dog-friendly (source Times of Malta). For some reason dogs are entitled to their own beaches, while nudists have to resort to illegality in order to maintain their lifestyle. 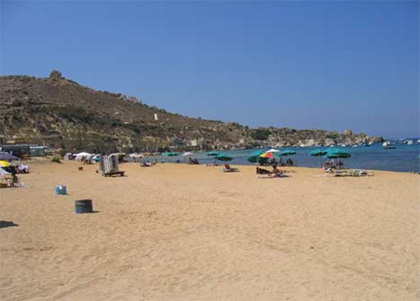 One would think that a small island like Malta would also appreciate tourists. Well, with their attitude to nudists and naturists, those will stay away from Malta, I’m certain. I for one won’t go there. I like my nude places, and when Malta can’t supply that I’m not going there. That means they won’t see my money. Too bad for them, as Malta seems to be a very pretty island.

If you’re inclined to go to Malta anyway, there are three significant unofficial places to go. They are listed here on NetNude.

Naturists in Malta are sometimes risking their lives to go to secluded beaches because they lack access to normal nudist friendly beaches, and many secluded spots currently used for unofficial nude bathing have dangerous accesses. It is not the first time that people are hurt accessing such places.

The Maltese Nudists are doing their best to make nudism and naturism legal in their country. When interested, visit their Facebook page. I wish them good luck and support their case. It’s a sad thing to see that the smaller a country is, the smaller also the mind of its government. This is even cause for ironic moments, like this that I found on di-ve.com:

Labour MP Marlene Farrugia’s incident at Gnejna in a spot used as an unofficial nudist area in the summer highlighted the need to legalise naturist areas in some spots on the island and provide better access to such, naturists said in a statement.

Dr Farrugia had to be rescued by the Civil Protection Department last week after finding herself in difficulties at Gnejna Bay surrounded by jellyfish.

The naturists wrote to Dr Farrugia saying that due to a lack of personal freedom, naturists in Malta are forced to use spots where she was stranded.

“Many people have hurt themselves accessing these places including some serious incidents. Non sexual naturism is perfectly fine in all of Europe and most of the world. We should not remain a backward thinking country and we urge the government to be truly liberal and not partial.”

“Giving rights to some groups while ignoring the freedom of choice of others is not the way to engage in full civil liberties,” the naturists added.

9 thoughts on “Nudism and topless bathing in Malta”