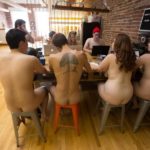 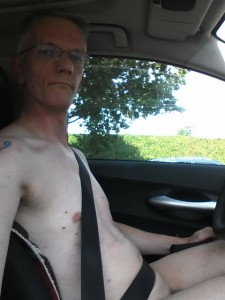 You know them. You may actually have them. Those people in the workplace that keep interrupting your dreams work.

How well do you know them? Do you know if there are naturists among them? Have you told any of them you’re a naturist or nudist?

I’ve done so. I always let people know I am one of those people who don’t like going around in clothes. It’s best that they know.

Of course there will be mixed reactions. Not everyone is as open-minded about naturism as naturists and nudists. We’re all different people with different backgrounds.

If people want to make fun of your lifestyle, let them. Shrug it off. Be bigger than attacking them on their ways (which making fun can be). Remember that their making fun can also be a sign of their immaturity regarding the subject.

Nudity is still a touchy subject, or perhaps even getting touchier as time goes on. The world seems to become more prudish, so speaking about being naked because it feels so good isn’t always going to sit right with everyone.

For people who feel the need to attack you on this revelation it pays to be prepared.

Questions you can anticipate.

Erections. The number one fear for men. Answer: ‘that hardly comes up’. (Yes, pun intended.) The entire nude environment is so non-sexual that erections hardly ever happen. And if ones does come up, they should keep a towel over it, sit down and wait for it to go away. It’s not a big deal unless they start pointing at it and scream everyone has to come and watch. That’s not appreciated at all.

The pretty body problem. Indeed, not everyone has a beautiful body. In fact, barely anyone has one, and yes, on a nude beach you can see that. But remind them that looking at others isn’t why you go to a nude beach or a naturist resort. You go there to be free, to have a good time with nice people while not being bogged down by fabric. If they want to stare at naked people, advise them to go to a strip joint.

Naturist, nudist and the difference. Nudist is more widely used in the United States. Naturist in parts of Canada and most of Europe. The general concept is the same, just the name differs. Of course there will always be people who argue there are huge differences but I’m not going into that here. If you want to describe the difference to a newbie or interested person, go ahead but don’t scare anyone off by going too much in-depth.

What when a woman has her period? All nudist camps, even those which are nudity-mandatory, permit women to wear shorts or bikini bottoms during menstruation. (Please note, however, that wearing only underwear is generally considered unacceptable.) This allows women to go through their period in the same manner they would choose in the textile world. Some women who use tampons will continue to go nude during their period.

I hope this helped 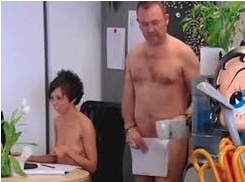 If you haven’t told co-workers yet, that’s up to you.

Do remember though that you might miss out on a few surprises and some nice, nudist friends among them.